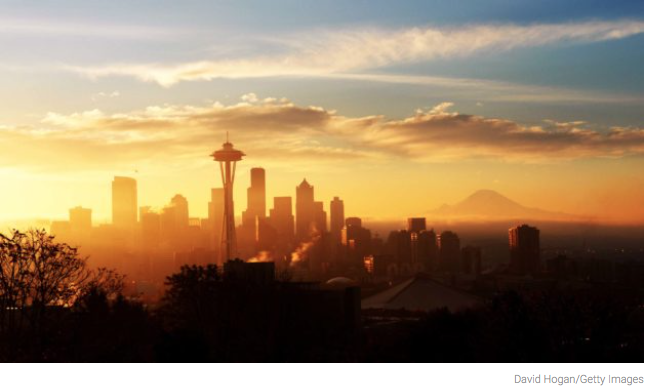 As I was showing homes in Basking Ridge and Long Hill yesterday, I was struck again by the shortage of great homes available to show my clients. Lack of inventory can certainly be frustrating for buyers but it is an incredible opportunity for sellers as long as they work with a realtor to stage and price their home to maximize it’s selling potential.

Sold Out: These 10 U.S. Cities Have the Biggest Housing Shortages

It’s a parched, scorching desert out there for many U.S. home buyers. For the past 28 months, the housing market has been defined not just by demand—which remains sky-high in many parts of the nation—but also by the shrinking number of available homes for sale. So what are the signposts of a tighter-than-tight marketplace? Buyers are jumping on realtor.com® listings within seconds of their initial postings. Wanna-be homeowners are burrowing themselves into ever-scarcer, ever-busier open houses and going a little mad trying to get in the first bid. Real estate agents are knocking on hundreds of doors just to squeeze out one more listing.

And who are the biggest losers in such a skintight, depleted market? First-time buyers with limited budgets, of course.

“More than two-thirds of the markets are seeing less inventory now compared to a year ago,” says Jonathan Smoke, our chief economist. “Tight credit and limited new construction are clearly at play.”

So we decided to take a break from our monthly coverage of the nation’s hottest real estate markets to focus on a different side of the equation: Which markets in the U.S. have the lowest inventory of homes for sale?

We evaluated the nation’s 150 biggest markets, measuring how many homes out of each market’s total housing stock are actually available for sale. That showed us where the housing crunch is worse today, but what about tomorrow? To see where the situation is getting even worse, we included the percentage decrease in for-sale homes from 2015 to 2016.

And when we took a deep dive into the data, we found some surprising results.

We came across some relatively affordable markets quickly running into inventory problems as they heat up to a slow boil. Meanwhile, some of the markets that are members of the Tight Housing Inventory Hall of Fame didn’t even make the list. Prime example: San Francisco, the poster child for limited supply and high prices, is actually showing signs of easing up. With a 4% increase in the number of for-sale homes from 2015 to 2016, it didn’t come close to cracking our top 10.

Percentage of housing stock for sale: 0.4%

Seattle’s blazing job market, spearheaded by the city’s unstoppable tech industry, powers double-digit price increases and leaves buyers competing hard for a dwindling number of houses. Only one in every 263 homes you see in Seattle is for sale. Sorry, Amazonians!

While the tech economy is relatively new, the housing shortage is not. Around 65% of Seattle’s land is zoned only for single-family homes, according to the Seattle Times, blocking developers from building high-density apartment buildings in most of the city.

And then there’s the foreign investors, who have snapped up much of whatever paltry inventory has existed. Last summer, nearby Vancouver announced a 15% tax on foreign property investors, sending many straight across the U.S. border to Seattle. And lots of these investors are holding on to property with no immediate plans to inhabit it.

It’s a trend that has some worried.

“Buying houses without occupying them is really bubblelike behavior,” says Peter Orser, chairman of the Runstad Center for Real Estate Studies at the University of Washington. “Right now it’s not at its peak yet, but it’s certainly a growing concern.”

You might need a Eugenie in a bottle to find a home for sale here.Rex_Wholster/iStock

The Central Oregon university town is experiencing its strongest housing market since, oh, 2006—and now it’s facing a dilemma. Buying interest has ticked way up, but homeowners aren’t yet ready to sell and move on (or up).

Buyers started feeling the crunch of tight supply in 2015, when the number of for-sale homes started dropping by double digits. Homes with good condition and location now sell within 24 to 72 hours, according to Realtor® Karen Church with Re/Max.

“Our current months of supply is 2 to 2.5 months, meaning that if nothing comes on the market, our inventory will be depleted in two months,” Church says. But hope springs eternal: “Now, in 2017, we predict some relief from low inventory with an increase of readiness of the sellers.”

Percentage of housing stock for sale: 0.7%

Slowly and quietly, Grand Rapids has emerged from the stereotype of a derelict Rust Belt city. Things are moving: The pyramid-shaped research center deserted by furniture maker Steelcase, empty for years, is now being converted to a data center for data warehouse company Switch. It is projected to create 1,000 jobs and $5 billion in investment.

Since late 2010, the city has experienced net in-migration for the first time in a decade, creating way more housing demand. Twice in 2016, Grand Rapids even made it onto our monthly list of hottest markets. The median home price shot up by 23.7% that year, due to a lack of homes for sale.

“Buyers are out in hordes, but owners are reluctant to sell because they are concerned that they can’t get anything in their affordable range if they let go of their current homes,” says Trisha Cornelius, Realtor with the Cornelius Real Estate Team.

Buffalo’s waterfront used to be an industrial wasteland, but now it’s a lively community where a luxury apartment building is going up, amid craft breweries and a massive new ice skating rink. Really.

“The inner harbor has been completely redeveloped in the past five years. It’s going through a resurgence like never before,” says Ryan Connolly, a Realtor with Re/Max North. “People are moving back to Buffalo. And yes, there are more buyers than there are houses.”

The supply shortage has triggered multiple offers and (can it be?) bidding wars. The city’s large population of 45- to 64-year-olds, which is the least likely to buy and sell, also limits supply. Nearly 40% of heads of households in Buffalo fall into this age range. Until more of those homeowners start making retirement decisions and listing their homes, there won’t be much relief in home supply.

Percentage of housing stock for sale: 0.8%

After surviving an economic bust in manufacturing, Fort Wayne is now seeing a housing boom, with prices up 14% last year. The local unemployment rate was 3.6% last November, way below the national average. Driving the charge: advanced manufacturing gigs in sectors like aerospace, auto, and medical devices. Good jobs plus affordable prices suddenly make Fort Wayne an attractive place to call home, but new construction hasn’t kept pace. In the past year alone, the number of homes on the market declined by 24.9%.

“Housing is just a reflection of our robust economy. Coming out of the last recession, the manufacturing sector has come back strong, especially in high-tech manufacturing,” says John Sampson, president of Northeast Indiana Regional Partnership, a local economic development agency.

Artisanal coffee, retro-chic bikes with baskets, handlebar mustaches … hey, is this Brooklyn? Nope, that hipster vibe is now all over Midtown Sacramento. Once thought of by San Franciscans as just a stop for gas on the way to Tahoe, Sacramento is now a viable place to call home.

“Sacramento has really caught the last wave of redevelopment funding, and the government capitalized [on] it to improve the city,” says Tom Gonsalves, owner of Gonsalves Real Estate Properties. “We now have cool areas like Downtown and Midtown, and more businesses are coming into town.”

The root cause of the low inventory is the lack of newly built homes. Construction activity in the state capital has been consistently behind the national average since the last housing bust, according to the National Association of Home Builders’ Leading Markets Index.

Percentage of housing stock for sale: 1%

From 2015 to 2016, for-sale homes dropped by a hefty 25.7%. But don’t get us wrong—Detroit is not the next San Francisco. A lack of equity is what’s keeping many homes off the market. In neighborhoods where home values have yet to recover, owners who bought at the peak now owe more than their property is worth, so they can’t afford to sell.

Here’s a blast of reality: “We’ve got really hot neighborhoods, but at the end of the day, it’s still Detroit,”says Realtor Nik Leible with Cooke Realty in the greater Detroit area. “There are still issues that need to be solved. Right now, the changes are happening one neighborhood at a time,”

Much as the locals want to keep Portland weird, the hipster mecca is now filled with transplants from all over the country, especially California. The more popular it gets, the fewer homes it has left. Microapartments as small as 150 square feet, or “hipster hovels” as the natives call them, are now popping up in Portland, as a new answer to the city’s housing shortage.

Developers are cashing in on the housing crunch by buying properties and replacing them with bigger homes or multifamily rental units. The result? Even fewer homes for entry-level home buyers.

Percentage of housing stock for sale: 0.4%

Just an hour or so north of San Francisco, in idyllic Sonoma wine country, Santa Rosa is a popular getaway for residents of the City by the Bay. Now it has also secured its position as a modest alternative in pricey Northern California, offering affordability, good schools, and a low crime rate.

“Anything that’s decently priced, we easily get three to five offers,” says Realtor Kimberly Sethavanish of Kimberly James Real Estate. Sometimes she gets multiple offers on the first day a property comes on the market.

Skyrocketing rents also create a sense of urgency among buyers. A one-bedroom apartment costs $1,872 a month as of December 2016, an 18% jump from the previous year, according to Rent Jungle. With buyers snapping up whatever is left on the market, Santa Rosa’s inventory is a glass desperately in need of a refill.

Percentage of housing stock for sale: 0.8%

Omaha’s “fab five” Fortune 500 companies, including Berkshire Hathaway and ConAgra Foods, help the Midwestern city maintain an impressive 2.9% unemployment rate as of November. In fact, Omaha weathered the last recession better than the nation as a whole, according to a Brookings Institution study. Credit its diverse economy and a conservative business climate for helping it dodge the highs and lows.

With affordable homes and promising job opportunities, Omaha is overwhelmed with home buyers eager to make a move. But without more sellers, it’s hard to avoid escalating prices and exurban sprawl, just like other expensive markets.

“Existing homeowners in established neighborhoods are not in a hurry to move. Most new homes are in west and southwest Omaha. Even if folks want to trade up, they don’t want to leave the urban hubs. So instead they are rehabbing the homes and staying,” says Realtor Mark Leaders with CBSHome Realty.